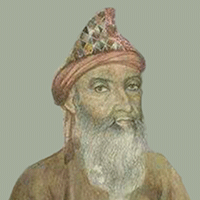 Hazrat Shah Turab Ali Qalandar Kakorvi was born in the eighteenth century AD in the famous town of Kakori in Lucknow district. He belonged to a Sufi family. His father Hazrat Shah Muhammad Kazim Qalandar was a famous Sufi. Shah Turab Ali Qalandar was a man of great humility and humble disposition. In obedience to the orders of his father, he was often engaged in humble and selfless service for the sake of his disciples and devotees. He received his early education from his father along with his basic education. He also benefited from Mulla Moinuddin Bengali and Mulla Qudratullah Bilgrimi. Owing to his passion for higher education, he received the honor of learning Hadis from Mulla Hameeduddin. Qazi-ul-Qazaat, Maulana Najmuddin Ali Khan Bahadur taught him the nuances of prosody; Turab also took corrections from him from time to time. He studied jurisprudence from Maulvi Fazlullah Naivtuni. He gave immense importance to self-purification and intellectual struggle from a young age and continued to learn from his father till the time of his demise. He was fluent in Persian and Urdu. The reflection of Braj Bhasha can also be seen in his poetry. His couplets are still very popular today. In Braj Bhasha, his words unveil esoteric mysteries and lay bare the treasures of the heart. The prominent writings of Shah Turab Ali Qalandar are: Kulliyat-e-Shah Turab Ali Kakorvi, Amrit Ras, Mujahidat-ul-Awliya, etc.