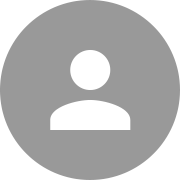 Born Mukhtar Ahmed on February 2, 1938 in Danapur, Patna District to Muhammad Abbas, he wrote under the pen name Asi. Initially he got a job in Bihar State Road Transport Department, then he got the post of Assistant Traffic Inspector. During his studies, he was fond of writing stories for children but later turned to poetry. It was Saaem Syedanpuri who made any amends to his poems that felt necessary. With the kindness and attention of the teachers, he became well acquainted with the nuances of poetry. Asi has recited Nazm, ghazals and Qitas. Aasi Danapuri moved from Danapur a few years later and then spent his whole life there. He also wrote some books that became very popular.