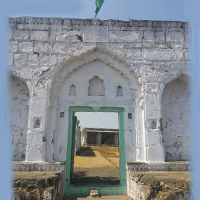 Profile of Amir Hasan Ala Sijzi

Born Hassan, Amir Hassan Sajji's title was Najamuddin, but he was popular by as Amir Hassan Ala. Amir Hassan was born in Badaun. He is a relative of Hashmi Qarshi. Born 652 AH, 1254 AD. He was one year younger than Amir Khosrow. He came to Delhi at an early age and studied mostly here. His acquaintance with Khawaja Nizamuddin Auliya was old but the meeting took place in Delhi. Amir Hassan had a distinct mastery over Persian and Arabic. He started reciting poetry at the age of thirteen. Along with Amir Khosrow, he also remained a supporter of Sultan Ghias-ud-Din Balban's worthy Crown Prince Muhammad Khan Shaheed, who had taken him to Multan. It lasted for five years. After the martyrdom of Muhammad Khan, Amir Hassan became unemployed. After some time, Jalaluddin Khilji took him to the court. Singers used to sing Amir Hassan's ghazals in this court. Amir Hassan's sweet nature was not to be found elsewhere. Amir Hassan was a good-natured, pure-hearted, pious, convincing, trustworthy, counselor and a Sufi. He did not receive rewards from the court like Amir Khosrow, and his days were spent in poverty. He has also pointed out his poverty in his poems. He lived a free, single and self-sufficient life and was engaged in the deeds and duties prescribed by the Sheikh. Amir Hassan Ala Sajji and Amir Khosrow were both followers of Khawaja Nizamuddin Auliya. He died in 738 AH and his shrine, located in Khaldabad, Aurangabad district of Maharashtra, is a place of reverence among his followers.