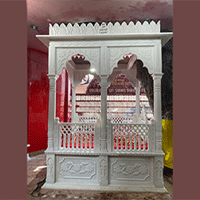 The famous poet of quatrain who was martyred in the era of Aurangzeb.

The famous poet of quatrain who was martyred in the era of Aurangzeb.

Sarmad Shaheed is a famous Persian poet of quatrain and a noted Sudi. Sarmad was born in 1590 in the mountains of Armenia. He belonged to an Iranian family. His homeland was Kashan. He later converted to Islam. He was also known as a scholar of the Israeli language. Sarmad's intellectual ability is reflected in his quatrains; it helps readers to take note of the kind of poetry he has written. Historians note that Sarmad was a student of famous wisemen such as Mulla Sadra Shirazi and Abul Qasim Fendersky, and came to India as a merchant during Shah Jaha'n’s era. At that time Iranian products were very valuable in India. There he fell in love with a girl and then left everything and went crazy. Sarmad came to Delhi as a frenzied man who didn’t wear clothes. Among other contentious things, he never recited the Kalima in full, that is, only uttered ‘Laa-ilah’, and denied Muhammad’s ascent. Owning to these reasons, the king, according to the fatwa of the Ulama, ordered him to be martyred on the steps of Jama Masjid. In 1661, he became a martyr. His mausoleum is under the Jama Masjid where people attend with great devotion.